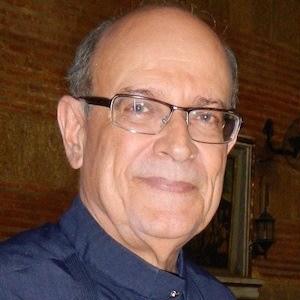 Filipino actor and film composer best known for his appearances in the Philippine television series' May bukas pa, Imortal, and e-boy. He also began a several decades long career scoring films between the mid 1980s to the mid 2000s.

He got his start as the host of the comedy show Sic O Clock News.

In 2005, he won Best Musical Score at the Metro Manila Film Festival for his work on Kutob.

He starred opposite Coco Martin in the 2015 drama series Ang Probinsyano.

Jaime Fabregas Is A Member Of