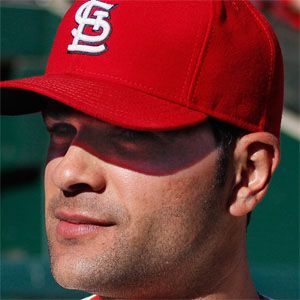 Mexican pitcher who won a World Series title as a member of the St. Louis Cardinals in 2011.

He was selected in the 22nd round of the 2005 MLB Draft by the St. Louis Cardinals.

He was named to Baseball America's All-Rookie Team in 2010.

He was raised with two sisters named Katrina and Ahimee.

He shared a World Series title with Cardinals teammate Albert Pujols in 2011.

Jaime García Is A Member Of