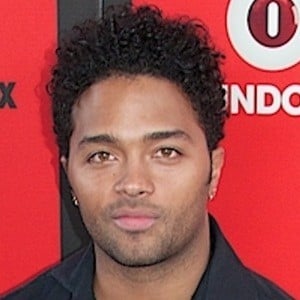 Actor who found stardom playing salsa music legend Joe Arroyo on the biographical series El Joe in 2011. He has gone onto star on series like Niche, Lo Que Diga el Corazón and in feature films like Sofía y el Terco (2012).

He was raised in Riohacha, Colombia and earned a scholarship to attend Ronald Ayazo Academy in Bogotá.

His performance on Niche, Lo Que Diga el Corazón earned him a TVyNovelas Award nomination for Favorite Lead Actor in a Telenovela.

He is the son of poet Marbeluz Choles. He married actress Jeymmy Vargas in 2011.

He co-starred with Carmen Maura in the drama Sofía y el Terco.

Jair Romero Is A Member Of