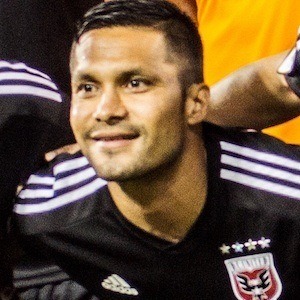 Costa Rican soccer striker who began his MLS career with the Columbus Crew in 2012 after spending six years with the Costa Rican club Deportivo Saprissa.

He first played professionally in 2003 for Costa Rica's Guanacasteca.

He began playing for the Costa Rican national team in 2011.

His father Juan Jose Arrieta was a competitive track and field athlete.

He entered the MLS a year after French star Thierry Henry.

Jairo Arrieta Is A Member Of