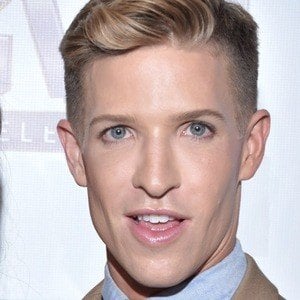 Model and fitness instructor who found fame as Glitter Fantasy the Unicorn when Cosmopolitan posted a video of him spreading his love across Los Angeles, California. The site first posted about him touring Coachella in April 2017.

He acted in many theater performances including a rendition of West Side Story in May 2017.

He posted a photo of himself dressed as Jessica Rabbit for Halloween 2016 to his Instagram. He has over 90,000 followers on the platform.

He has a twin brother named Will Dupree.

He was a fan of Carrie Fisher and posted in remembrance of her to Instagram on December 27, 2016.

Jake Dupree Is A Member Of