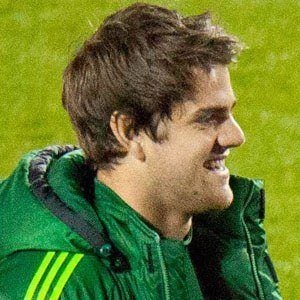 Goalkeeper from New Zealand who began his MLS career with the Portland Timbers in 2011 after spending two years with Team Wellington.

He began playing for the New Zealand national team in 2011.

His father Robert Gleeson trained his son in cricket while growing up as well as soccer.

He and Jack Jewsbury both joined the Portland Timbers in 2011.

Jake Gleeson Is A Member Of