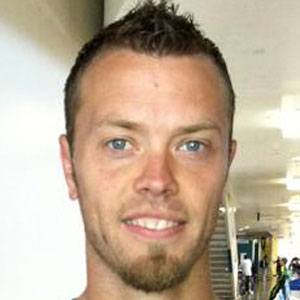 American defender who played 8 seasons with the Kansas City Wizards before signing with the Portland Timbers in 2011.

He was named Conference Player of the Year during his second season at Saint Louis University.

He was the first team captain in the franchise history of the Portland Timbers.

He had a daughter named Aubrey with his wife Brittany Jewsbury.

He won the Lamar Hunt U.S. Open Cup in 2004, one year before Landon Donovan would accomplish the same feat.

Jack Jewsbury Is A Member Of