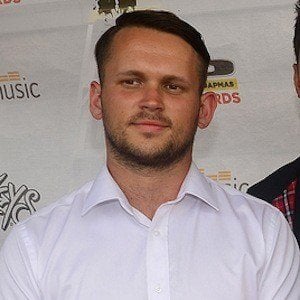 Rhythm guitarist for the pop punk band Tonight Alive who were listed as one of the top 10 Australian bands in 2010.

He is an original member of the group, coming together with Cameron Adler and Jenna McDougall in 2008 before later being joined by Whakaio Taahi and Matt Best.

He was formerly in a rock band with Tonight Alive bassist Cameron Adler.

Jake Hardy Is A Member Of