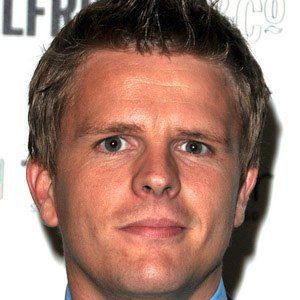 BBC Sport television presenter known for his coverage of Formula One racing championships and numerous football (soccer) tournaments. He was also the first BBC host to report on American football Super Bowls.

Before being hired by Anglia Television and CBBC, he was fired from his job at McDonald's.

He covered the 2011 Royal Wedding, which was talked about around the world.

He married Harriet Humphrey in 2007. The couple welcomed a daughter, Florence, in 2013. In 2015, they welcomed a son named Sebastian.

Jake Humphrey Is A Member Of