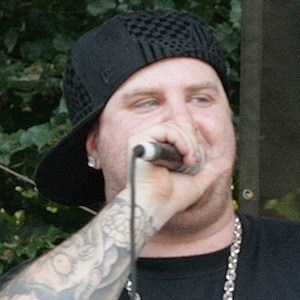 Rapper who is a member of Club Dogo. The rap group's first album Mi Fist came out out in 2003, and won Best Rap at MC Giaime in 2004. His 2017 track "El Party" featuring Alessio La Profunda Melodia went gold. He has 460,000 followers on his thereallafuria Instagram account.

He began writing hip-hop music in 1993. His first moniker was Fame. He released his first album in 1999 in the group Sacred Schools.

He changed his name from Fame to Jake La Furia when Sacred Schools became Club Dogo.

His is the son of Gianpietro Vigorelli, advertising director of D'Adda Lorenzini Vigorelli BBDO agency.

He and MadMan are both rappers from Italy.

Jake La Furia Is A Member Of