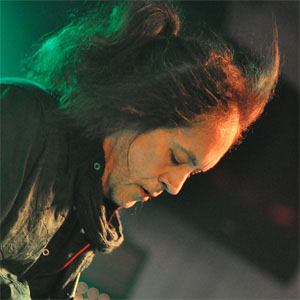 Guitarist who played with Ozzy Osbourne in the mid-1980s and later started his own group, Badlands. He also formed the band Red Dragon Cartel in 2013.

He started playing guitar when he was thirteen after taking an interest in his sister's instrument. Later, he was the frontman for his high school band, Teaser.

He also recorded solo works under his own name, including the 1996 album A Fine Pink Mist.

His mother was Japanese and his father was American and a member of the Navy. He had an older sister who was also musically inclined and played piano.

Jake E. Lee Is A Member Of