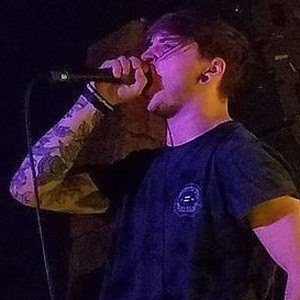 Vocalist who debuted as the lead singer for the British metalcore band Oceans Ate Alaska in 2017. His first single as the band's vocalist, "Covert," was released in May of that year.

He studied at Stratford-upon-Avon College in England.

In addition to Oceans Ate Alaska, he has performed with the bands Faultlines and Laguna Sunrise.

He has dated Gabby Peerman.

He replaced James Harrison as the singer for Oceans Ate Alaska.

Jake Noakes Is A Member Of