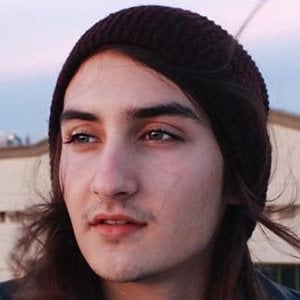 Singer and guitarist of the alternative rock band Jule Vera, which became known for its debut EP titled Friendly Enemies, which included singles such as "One Little String" and "Scarlet Letter."

He formed Jules Vera with members Ansley Newman and William Stacey in 2013 when he was just 17 years old.

He and the band were named Best Emerging Artist at Summerfest 2014 in Milwaukee, Wisconsin and one of "100 Bands You Need To Know In 2015" by the Alternative Press.

He began dating lead singer of the group Ansley Newman in November of 2010. He and the band are based out of Opelika, Alabama.

He and Jule Vera went on a mini-tour with American Idol winner David Cook.

Jake Roland Is A Member Of