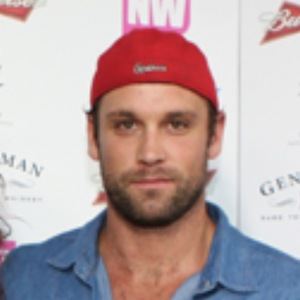 Actor who is famous for his career throughout TV and film, including in the hugely popular Australian soap Home and Away as Ryan Shaw. He has also appeared in the TV series Wentworth Prison and Wolf Creek, as well as Baz Luhrmann's 2013 film The Great Gatsby.

He trained in acting at the Actors Centre Australia. He was previously a prolific Taekwondo competitor who earned a top 5 international ranking, and competed on behalf of the Australian national team.

He starred on the TV series Underbelly as Ray Blissett. He appeared in the 2017 Australian thriller film Out of the Shadows.

He was originally born and raised in Melbourne, Australia.

He appeared alongside Billy Zane in the 2017 Australian action film Blue World Order.

Jake Ryan Is A Member Of

Home and Away
Age of summer
39 Year Olds
TV Actors