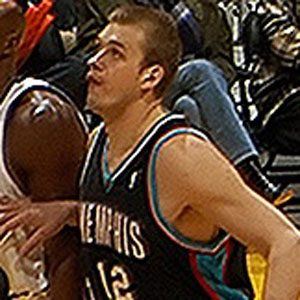 Seven-foot-two center who played professionally in the NBA and in Greece.

He was selected 25th overall by the Phoenix Suns in the 2000 NBA Draft.

He was originally born in Georgia and later earned a Greek citizenship.

Jake Tsakalidis Is A Member Of