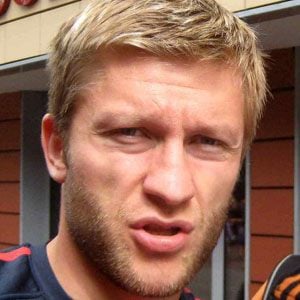 Polish winger who debuted for Poland's national team in 2006 and went on to become the team's captain. He joined Borussia Dortmund in 2007 after spending two seasons with Wisla Krakow.

He began his youth career with Rakow Czestochowa in 1993.

He was voted Poland Footballer of the Year in 2008 by Pilka Nozna Magazine Plebiscite.

He grew up in Truskolasy, Poland.

He was voted Borussia Dortmund Player of the Year by fans in 2009, beating out Swiss striker Alexander Frei.

Jakub Blaszczykowski Is A Member Of