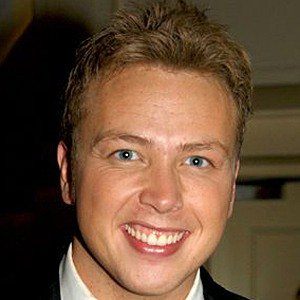 Pop singer/songwriter who rose to fame after winning the first season of the talent show program Idols. During the final round of the competition, he performed a cover of Elton John's "Your Song."

In school, he performed with a jazz band known as 8CC.

He portrayed Marius Pontmercy in a 2007 West End production of Les Misérables.

He is the son of Bianca Loman-Melger.

He was photographed with folk singer JP Cooper in early 2017.

Jamai Loman Is A Member Of