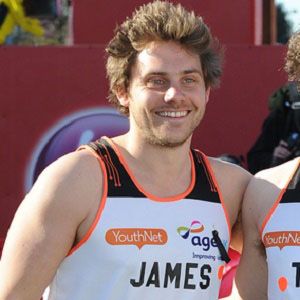 Actor who rose to fame as the character Will Savage on the British soap opera Hollyoaks.

He appeared in small parts on the series' Inspector George Gently and Doctors.

He was cast in a 2016 adaptation of Macbeth.

He appeared in Joe Maddison's War with Kevin Whately.

James Atherton Is A Member Of