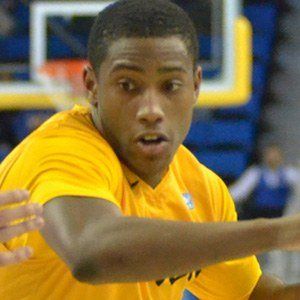 Chose to play overseas in Australia following college and made his professional debut with the Perth Wildcats. With them in his rookie season, he made the All-NBL First Team and helped the team capture a NBL Championship in 2014.

He played his college ball at Long Beach State where he was an AP Honorable Mention All-American and named the Big West Player of the Year.

He was drafted 50th overall in the NBA Draft by the Atlanta Hawks who traded his right to the Miami Heat, but the Heat were unable to sign him to a NBA D-League contract because of salary cap restrictions.

Reportedly, he would have only been able to get paid $25,000 a year with the Heat, and so he went overseas to support his father, mother, and 5 siblings.

Had he remained with the Hawks, he would've had the opportunity to play alongside Al Horford.

James Ennis Is A Member Of