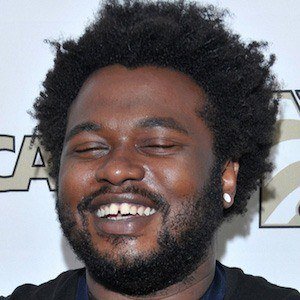 Songwriter, producer and singer who has had a hand in writing or co-writing a number of popular songs, including "No Air" by Jordin Sparks" and "Love Sex Magic" by Ciara. He is also known for his membership in the hip-hop collective Cocaine 80s.

He got his start as a member of the production group The Underdogs. He later joined The Y's.

He won a 2014 Grammy Award for Best R&B Song for co-writing Justin Timberlake's "Pusher Love Girl." He also co-wrote every other song on the album from which the song came, The 20/20 Experience.

His father is James Fauntleroy, Sr.

James Fauntleroy Is A Member Of