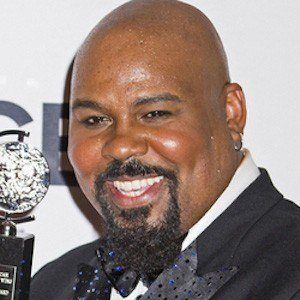 Tony Award-winning actor best known for portraying Genie in the Broadway production of Disney's Aladdin. Other notable roles include Bobby in Memphis and Mitch Mahoney in The 25th Annual Putnam County Spelling Bee. In 2017, he played the roles of both Marquis De Lafayette and Thomas Jefferson in the cast of Hamilton.

He studied at Cal State Hayward and began his musical career performing at TheatreWorks and American Musical Theatre in California.

He directed Bat Boy The Musical at the Ray of Light Theater in 2005.

He grew up with his brother in Hayward, California. He met his wife Dawn in his high school show choir.

He performed alongside fellow stage actor Adam Jacobs in the Broadway production of Aladdin.

James Monroe Iglehart Is A Member Of