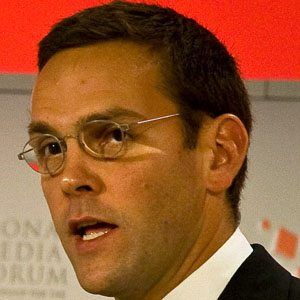 The youngest son of Rupert Murdoch. He was known for being the deputy chief operating officer of News Corporation.

He earned a degree in history from Harvard University after graduating from the Horace Mann School.

He was also the chairman of SKY Italia and STAR TV.

He married Kathryn Hufschmid in 2000. The couple had three children: Anneka, Walter, and Emerson.

He and News International chief executive officer Rebekah Brooks were the foremost figures involved in the phone-hacking scandal that shook News Corp. and led to the end of News of the World and his resignation as chairman of News Group Newspapers.

James Murdoch Is A Member Of