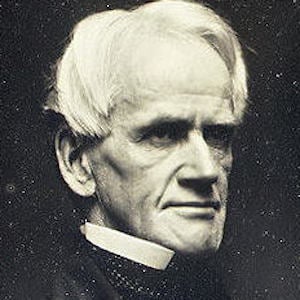 Whig politician who was an ardent opponent of slavery in the US Congress from 1848 to 1853. He is known as the Father of the Common School Movement, due to his advocacy of education and public schools.

At age 20 he enrolled at Brown University, and graduated as valedictorian of his class in 1819.

He married Charlotte Messer in 1830 but she died shortly after.

His brother-in-law was The Scarlet Letter author Nathaniel Hawthorne.

Horace Mann Is A Member Of