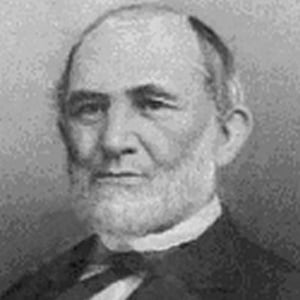 Democratic politician who was the Governor of Delaware from 1871 to 1875 and who also served in the Delaware General Assembly.

He took over his father's business and progressed it enough to involve shipbuilding, banking, and agriculture.

He was staunchly against African Americans voting in the elections of 1870, the first after the Civil War.

He was married to Sallie Waples in 1851, and they had four children: Ida, John, James and Anna.

He was in office the same time as President Ulysses S. Grant.

James Ponder Is A Member Of