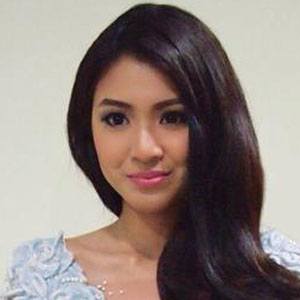 Actress known for her role in the TV series Wansapanataym and for appearing as Eya in the film Diary ng Panget. Also a singer, she performed with a female music group named Pop Girls.

At the age of nine, she hosted a Radio Philippines Network (RPN) program called Storyland.

She performed on such Pop Girls tracks as "Crazy Crazy" and "True Love" and also released such solo singles as "No Erase" and "Paligoy-Ligoy."

She was born in Quezon City, Philippines to Ulyses and Myrquel Lustre. She began dating James Reid in 2016, but their relationship ended in 2020.

She co-starred with James Reid in Diary ng Panget.

Nadine Lustre Is A Member Of

Beauty and the Bestie
On the Wings of Love
It's Showtime
Diary ng Panget: The Movie