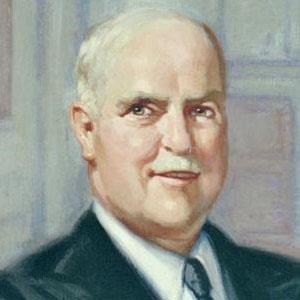 During the Great Depression Era, this Republican Party politician was elected Governor of California. His one term in office ended with his death in 1934.

Before entering politics, he worked in the shipping and banking industries.

He served as Mayor of San Francisco from 1912 until 1931; a century later, he continued to hold the city's record for years in office.

He and his six siblings were born and raised in San Francisco, California. He later married Annie Marshall Reid.

He and Roger Lapham both held the office of Mayor of San Francisco during the first half of the 21st century.

James Rolph Is A Member Of