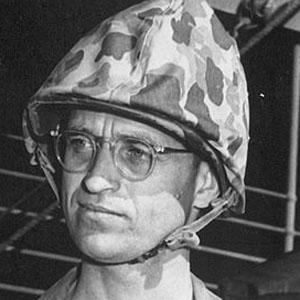 The oldest son of Franklin D. Roosevelt who served as a California Congressman from 1955 to 1965. He served in World War II and was among the 2nd Raider at the historic battle of Midway.

He was awarded the Navy Cross and reached the rank of Brigadier General in the U.S. Marine Corps.

He ran for Governor of California in 1950, but loss to Earl Warren.

He served as Secretary to the President under his father, Franklin D. Roosevelt, from 1937 to 1938.

James Roosevelt Is A Member Of