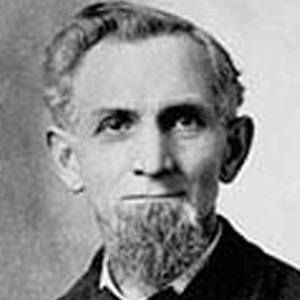 Famous for inventing the first commercially popular model of the electric vacuum cleaner (which included an attached bag), Spangler eventually created the Electric Suction Sweeper Company to manufacture and market his revolutionary product.

Before inventing his new and improved vacuum cleaner model, Spangler patented both a device for harvesting grain and a pedal-operated wagon. At the time of his most famous invention, he was working as a janitor at a department store in Canton, Ohio.

His lifelong struggle with asthma was one of the factors in his decision to create a higher-quality vacuum cleaner.

He and his nine siblings grew up in Pennsylvania and Ohio as the children of William and Elizabeth Spangler. His marriage to Lettie Holtz resulted in a daughter named Jennie and sons named Francis and Clarence.

James Spangler Is A Member Of