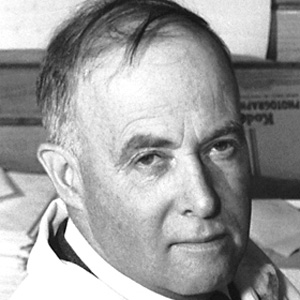 Most Popular#193788
Scientist Born in Massachusetts#21

An American chemist who won the Nobel Prize in Chemistry in 1946 for discovering enzyme that could be crystallized. He was a member of both the National Academy of Science and the American Academy of Arts and Sciences.

He obtained a bachelor's degree from Harvard University in 1910.

His left arm had to be amputated below the elbow after he was accidentally shot by a friend while hunting as a teenager.

He had four sons with his wife Cid Ricketts, who he married in 1915.

Like Irving Langmuir, he was among the first American chemists to win the Nobel Prize in Chemistry.

Most Popular#193788
Scientist Born in Massachusetts#21

James B. Sumner Is A Member Of