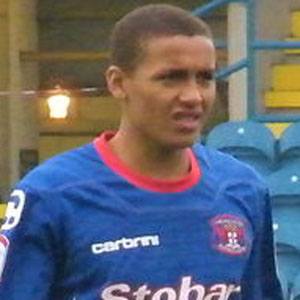 Right back who joined Newcastle United in 2009, spending much of his time out on loan with other clubs, including Sheffield Wednesday. In 2014, he signed with Wigan Athletic for a year before signing with the Rangers.

He appeared on loan for Shrewsbury Town in 2013.

He was born in Bradford, England. He has a younger brother named Marcus who plays soccer professionally as well.

He was winger Jermaine Johnson's teammate on Sheffield Wednesday in 2011-2012.

James Tavernier Is A Member Of