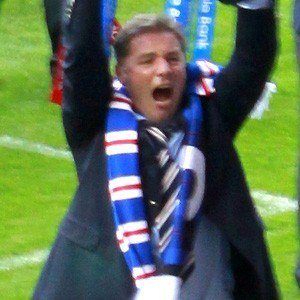 Former Scottish striker whose career spanned from 1979 to 2001 with four different clubs; became manager of the Rangers FC in 2011.

He began his professional career with St. Johnstone in 1979.

He was inducted into the Scottish Sports Hall of Fame in 2007.

He fathered five children with his former wife, Allison McCoist.

He appeared in the film A Shot at Glory alongside Robert Duvall.

Ally McCoist Is A Member Of