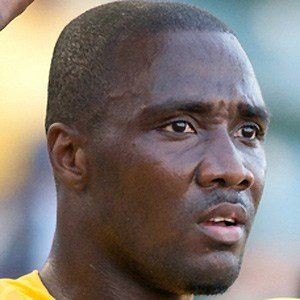 Winger who joined Sheffield Wednesday in 2007 after spending a season with Bradford City. He began playing internationally for Jamaica in 2001.

He made his professional debut with Tivoli Gardens FC in 1999.

He was sent on loan to the Bolton Wanderers and Oldham Athletic during his time with Tivoli Gardens.

He was raised with three siblings: Tamea, Davonta and Jarell.

He was joined by Chris Kirkland on Sheffield Wednesday in 2012.

Jermaine Johnson Is A Member Of