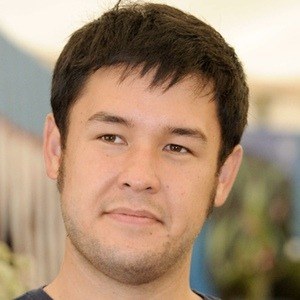 Ethnobotanist and garden designer who is most recognized for his presenting roles on a variety of television programs including the award-winning series Grow Your Own Drugs and Countryfile. He is also known for his work as a panelist on the Radio 4 series Gardeners' Question Time.

He studied on scholarship at the University of Bath. He then trained at the Royal Botanic Gardens at the University of Kent where he earned his Masters of Science degree in ethnobotany. When he turned 27, he began appearing on television as a presenter for a variety of gardening programs.

He is known for founding his own gardening studio called Amphibian Designs which won several awards including gold at the RHS Chelsea Flower Show in both 2010 and 2011.

He was born in London but was raised in both Singapore and Malaysia.

Other hosts of the gardening series Countryfile include Adam Henson and Matt Baker.

James Wong Is A Member Of