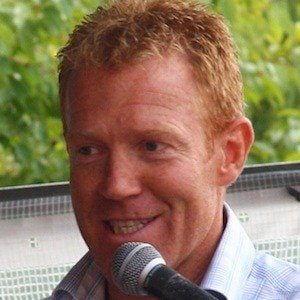 British farmer known for his role on the show Countryfile. He also appeared with Nigel Slater on Nigel and Adam's Farm Kitchen and wrote a book called My Life On The Land. He runs the Cotswold Farm Park.

He attended Seale-Hayne Agriculture College. He applied to be on Countryfile in 2001.

After doing a report on badger culling in 2011, he said the his family received death threats aimed at his children.

He and his wife Charlotte have two kids. His father was Joe Henson, who also hosted a farming show, and his grandfather was comedian Leslie Henson.

He worked with Kate Humble on the show Lambing Live.

Adam Henson Is A Member Of