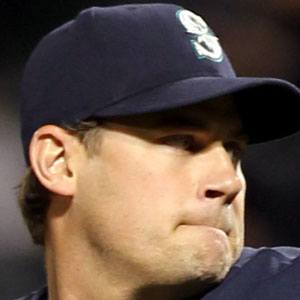 Journeyman pitcher who has played for many teams in his MLB career, including the Seattle Mariners and Los Angeles Dodgers. He is known primarily for his sinker.

He was originally drafted by the Rockies out of Westmoore High School in 1993.

He has hit more than 150 batters with pitches, making him one the most prolific batter-hitters in MLB history.

He has children named Presley, Jett Allen and Kingston.

He and Chris Carpenter were both taken in the first round of the 1993 MLB Draft.

Jamey Wright Is A Member Of