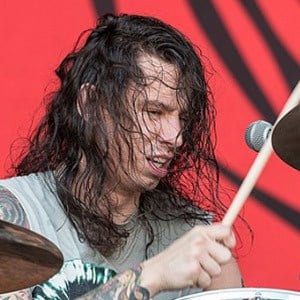 Drummer for the hardcore punk band Code Orange who became a household name after earning a Grammy nomination for Best Metal Performance for 2017's "Forever." The group is also known for their chaotic live performances.

He signed a contract with the label Deathwish, Inc.

In 2012, he formed a second band with several members of Code Orange called Adventures.

He's been based in Pittsburgh, Pennsylvania.

Jami Morgan Is A Member Of