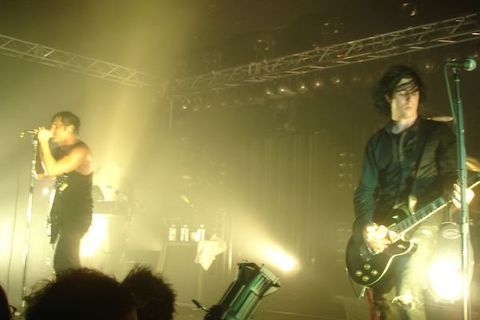 Industrial rock band founded by Trent Reznor that won Grammy Awards in 1993 and 1996 for Best Metal Performance on the tracks "Wish" and "Happiness in Slavery," respectively.

They were nominees for induction into the Rock and Roll Hall of Fame for the first time in 2014. They performed in an episode of Twin Peaks: The Return.