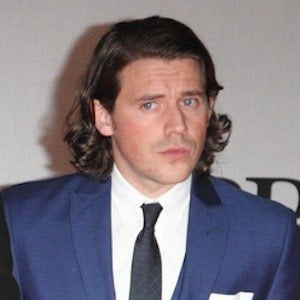 Lead guitarist of the English indie rock group the Arctic Monkeys alongside singer Alex Turner, drummer Matt Helders, and bassist Nick O'Malley. His albums with the group include Favourite Worst Nightmare and Humbug.

He was once the next door neighbor of bandmate Alex Turner.

He was an outspoken critic of the media's treatment of indie music, frequently lashing out at reviewers who critiqued his band's albums.

He was raised in Sheffield, England. He and Katie Downes, a model, became engaged in 2012 after dating for six years. The two married in 2014.

He became critical of the mainstream music of Coldplay vocalist Chris Martin.

Jamie Cook Is A Member Of