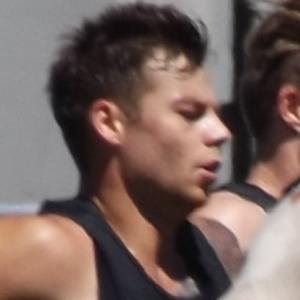 Wing and center who made his professional club debut in 2010 for the Northampton Saints. In 2011, he joined Collingwood in the VFL.

He attended Bedford School, where he starred on the rugby squad.

In just his third professional season he was Northampton's leading try scorer.

He was born and raised in Bedford, England. His father died when he was a teenager.

At Northampton he was teammates with star Calum Clark.

Jamie Elliott Is A Member Of