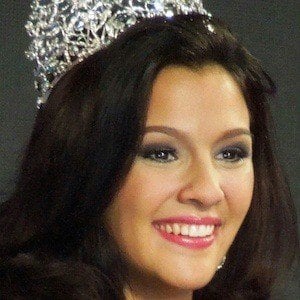 After briefly studying mass communications at University of San Jose-Recoletos, she transferred to the International Academy of Film and Television to study acting.

Outside of her pageant work, she is a skilled dancer and managed her own dance company Mactan Dynamics.

Her father, James Edward Herrell, was originally from Seattle, Washington, and her mother, Mary Snow del Rosario was a Filipino from Medellin, Cebu.

She shares the title of Miss Earth with 2010 winner Nicole Faria.

Jamie Herrell Is A Member Of