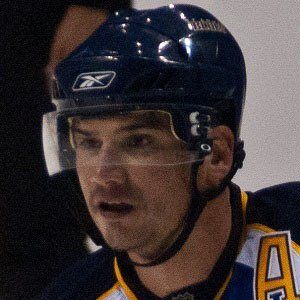 Former hockey player who won Stanley Cups as a member of the Dallas Stars in 1999 and New Jersey Devils in 2003. He was captain of the 2010 United States Olympic hockey team which took home the silver medal.

He played high school hockey for the Cloquet Lumberjacks and was named the AP's Minnesota High School Hockey Player of the Year.

He led the Stanley Cup Playoffs in scoring during his championships run with the Devils in 2003.

He has children named Laine, Landon and Mason.

He was succeeded by Zach Parise as team captain of the New Jersey Devils.

Jamie Langenbrunner Is A Member Of