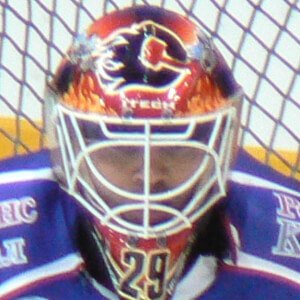 Former professional hockey goaltender who played 11 NHL seasons for multiple teams including the New York Islanders, St. Louis Blues and Calgary Flames. He went on to become a broadcaster and analyst for TSN, NBC Sports and NHL Network.

The Islanders selected him with the 48th overall pick in the third round of the 1991 NHL Entry Draft.

He was awarded the Bill Masterton Memorial Trophy during the 1997-98 NHL season.

His wife's name is Stephanie Apoloito.

In 2009, he was named an assistant to Flames head coach Brent Sutter.

Jamie McLennan Is A Member Of