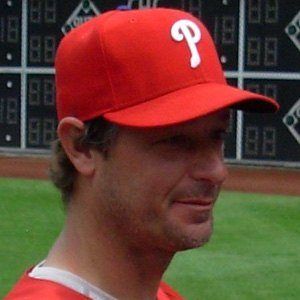 He became the first player ever to have his baseball jersey number retired by St. Joseph's University.

At 49, he became the oldest player in Major League Baseball history to win a game.

He became the second player in the history of the Seattle Mariners to win 20 games in a season, joining legendary left-handed pitcher Randy Johnson.

Jamie Moyer Is A Member Of