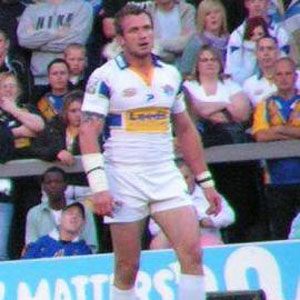 He attended the University of Wollongong.

He was honored as a Member of the Order of the British Empire.

He married Faye Peacock in 2004. They have three children, a son named Lewis and two daughters named Lilly and Freya.

He played alongside Kevin Sinfield on the English national team from 2000 to 2010.

Jamie Peacock Is A Member Of