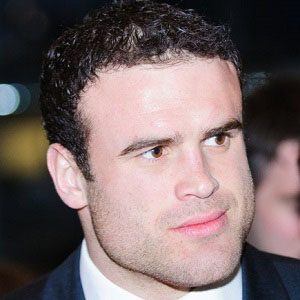 Welsh rugby union player who played for Cardiff for nine seasons before joining Racing Metro 92 in 2013. He has played internationally for the British and Irish Lions and was voted Man of the Series for his play during the team's 2009 tour of South Africa.

He was born in Newport, Wales and played cricket as a young man. He began representing Wales internationally in rugby at the Under-16 level.

He studied at the Cardiff University School of Medicine for 8 years and graduated in 2013. He is now a licensed doctor.

His father's name is Norman.

He was teammates with Gethin Jenkins on the Welsh team at the 2011 Rugby World Cup.

Jamie Roberts Is A Member Of