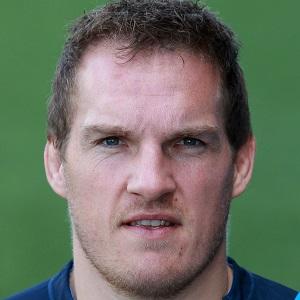 Welsh rugby union loosehead prop best known as a member of the Cardiff Blues and the Welsh national team. In 2014, he became the most capped player in Welsh history.

He is just the second Welshman to have won both the Amlin Challenge Cup and Heineken Cup.

His mother Lesley passed away in 2007.

He was teammates with flanker Sam Warburton at the 2011 Rugby World Cup.

Gethin Jenkins Is A Member Of