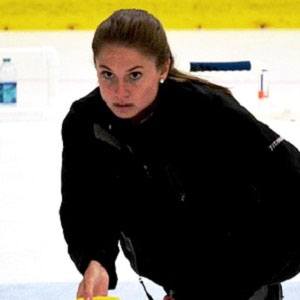 Canadian-American curler who won a gold medal at the Canada Winter Games in 2007. She later won back-to-back Pepsi Ontario Junior Curling Championships in 2012 and 2013.

She was born in Anchorage, Alaska and studied abroad in Chile.

She is a certified Competition Coach and has mentored young curlers in her home town of Manotick, Ontario.

She has been coached by her father Graham Sinclair.

She and fellow curler Jessica Shultz were both born in Anchorage, Alaska.

Jamie Sinclair Is A Member Of