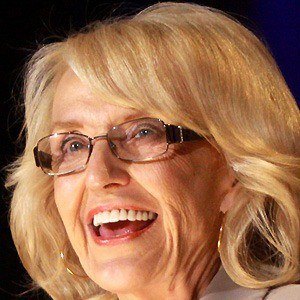 Republican politician who became the governor Arizona in 2009. She is known for her extreme stances on issues of border control and immigration and she came to national attention in 2010 when she signed a law that made it a crime for an immigrant to be in Arizona without carrying registration documents.

Her father died when she was young, due to the constant fumes he breathed in at work at an Army depot.

She got in trouble for stating that there were headless bodies found in the Arizona desert from illegal immigrant crimes when there hadn't been.

She married John Leon Brewer in 1970. She and John raised three children together.

Jan Brewer Is A Member Of