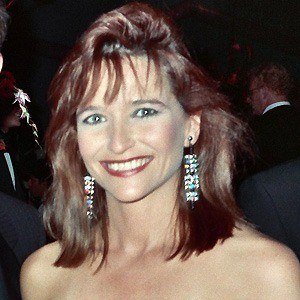 Comedienne who was a cast member on Saturday Night Live from 1986 to 1991 and was best known for her character Candy Sweeney of "The Sweeney Sisters." She appeared on the last two seasons of Designing Women and had a recurring role on NBC's 30 Rock as Jenna's mother.

She began doing comedy with the group The Groundlings, the famed Los Angeles-based comedy troupe where many Saturday Night Live cast members are first discovered.

She also appeared on the show Designing Women as Carlene Dobber for the final two seasons of the show.

She entered into a relationship with in 1984.

On Saturday Night Live she was known for her impression of Nancy Reagan .

Jan Hooks Is A Member Of