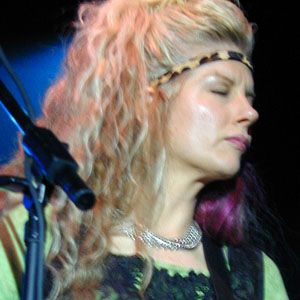 Guitarist who formed the American glam rock band Vixen, the group known for songs like "Edge of a Broken Heart" and "Cryin'."

On tour with an early incarnation of Vixen, she discovered her future vocalist at an LA nightclub.

Vixen has been referred to as the female counterpart of the band Bon Jovi.

She grew up in St. Paul, Minnesota.

Jan Kuehnemund Is A Member Of